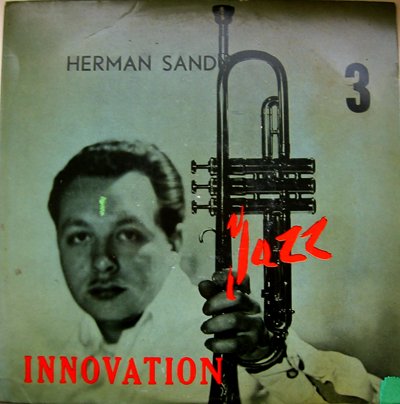 Sandy took lessons at St. Gilles Music Academy and played with Henri Van Bemst, Charlie Calmayn and Ernst van’t Hoff in the early 1940s. In 1944 he founded the Jumping Jivers formation; After the end of the war he toured West Germany and played in clubs of the US Army and in Czechoslovakia (before the occupation by the Red Army) with Jimmy McPartland. Influenced by Kenny Dorham, he dealt with trends in modern jazz; Sandy and his quartet (with Jean Warland, Freddy Rottier and Jean Fanis) presented the album Innovation Jazz 3 under his own name, which was released on the Innovation en Jazz label. In the same year the album Jazz for Moderns followed (with Jacques Pelzer, Jean Fanis, Jean Warland and Jo Demuynck).

In the post-war years he worked in Belgium in the great orchestras of Bobby Naret, Fud Candrix, Rudy Bruker, Bill Alexandre and with Ivon De Bie in the Knokke Casino; He also worked on recordings by Jack Sels, Léon Demeuldre, Sidney Bechet, Léo Souris, David Bee and Jacques Pelzer. In 1948 he accompanied the saxophonist Lucky Thompson with Pelzer, Bobby Jaspar, Fats Sadi and Toots Thielemans at the jazz festival in Nice. In 1957 he opened the Miles Davis concert. In the early 1960s he played in the Grand Orchester of Henri Segers, in the Dixieland band of David Bee, in the big band of RTB and from the end of the decade in the big band of Fats Sadi (Tea for Two). Then he was a member of the Francis Bay television big band (The Swingers Back Again) for 17 years and also performed with the Belgian Big Band; He also directed the formations Herman Sandy’s Sandmen and Herman Sandy and His Brussels Jazz Gang. In the 1990s and the following decade he played with Paul Dubois and with Jazzfun (Alex Scorier, Roger Asselberghs, Robert Pernet).